Local science teacher speaks out on a big scale 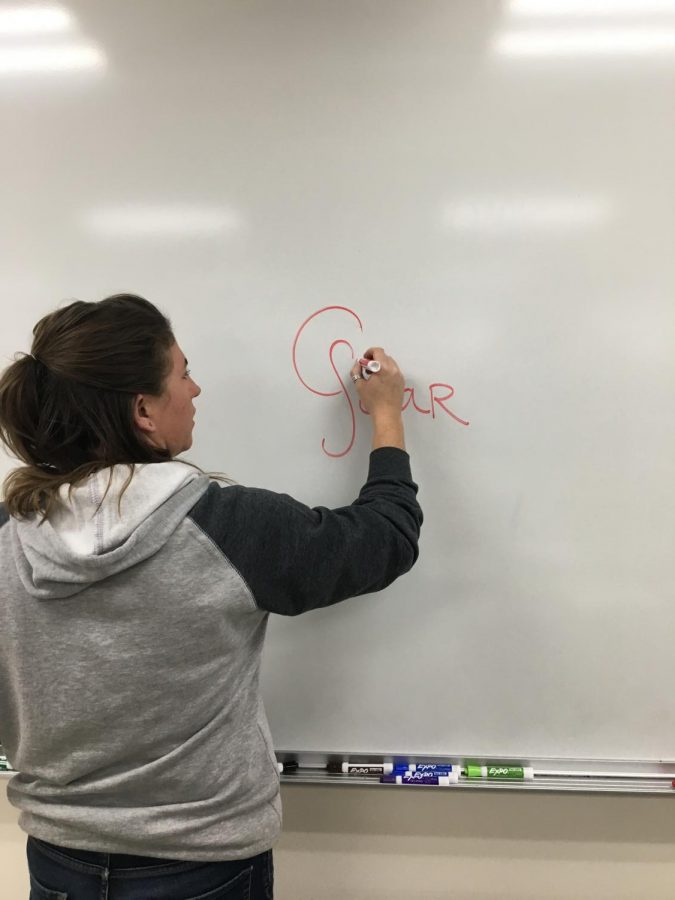 Who quits NASA to teach high school? Alecia Jongeward, but she didn’t just suddenly stop working on interesting things to be a science teacher. Even while she teaches future biologists, physicists, and engineers, she inspires the politically active to speak out on issues that matter to them.

Most recently, she won the “Janet Shirley Spirit Award” from Park County Environmental Council (PCEC) for the work she has done as, “an advocate for science-based decision making and better climate policies,” according to Michelle Uberuaga, the executive director of PCEC. This includes her work with the Park High Green Initiative. The Green Initiative was started two years ago in 2016 as a group that started and maintains the school’s recycling and other environmental interests.

The award itself was created in 2005 in honor of Janet Shirley who was killed in a car accident. It is awarded every year for “outstanding citizenship and commitment to the community.” Uberuaga said of Jongeward that, “She cares deeply about the natural world around us and inspires others through education to better understand our natural world. “

Jongeward visited Washington DC twice to talk to our representatives about what needs to happen to ensure there’s an earth to leave behind. The first trip was with the Sierra Club, an organization that was founded in 1892 and is dedicated to environmental protection.

The second trip was with Mom’s Clean Air Force, non-profit that describes themselves as “community of moms and dads united against air pollution – including the urgent crisis of our changing climate – to protect our children’s health.” She was in DC after an event called the Mama Summit that was cosponsored by PCEC.

She also went to Seattle to talk with people who own a large part of the mine in Colstrip. Colstrip, Montana is a coal-burning town that relies on that industry to sustain their economy and wellbeing. Two of four plants are set to shut down by 2022 because they don’t meet safety standards anymore. Jongeward went to Seattle to “testify for Montanans” and provide the science behind energy saying when she showed up “Do any of you know how energy is made?”

Puget Sound Energy (PSE) energy owns the largest piece of Colstrip, a coal-burning town, and provides energy for a large portion of Washington and Oregon. Jongeward sees a shift in how people in those areas want to receive their energy and can explain how the shift to a more renewable option would happen.

Everything is already set up in Colstrip to “switch easily” Jongeward stated. PSE will be paying the town of Colstrip ten million to work towards more renewable energy, but the people aren’t convinced it will ever be the same.

Many townsfolk are holding on to the hope that President Trump will fulfill his campaign promises of bringing back coal. The industry provides over 700 jobs and is many people’s livelihood. The biggest shareholders don’t live in Montana to see what happens.

Senior Brooklyn Behm who has been Jongeward’s student a few times now said, “She’s literally the most amazing person I’ve ever met” she smiled, and followed it up with, “I don’t know what you want me to say, but that’s the truth”

Jongeward has been described at indomitable, this means someone who won’t be subdued. Likely this brings to mind a person in a spiked leather jacket, not a science teacher with four degrees who rides a moped, but that is Alecia Jongeward.