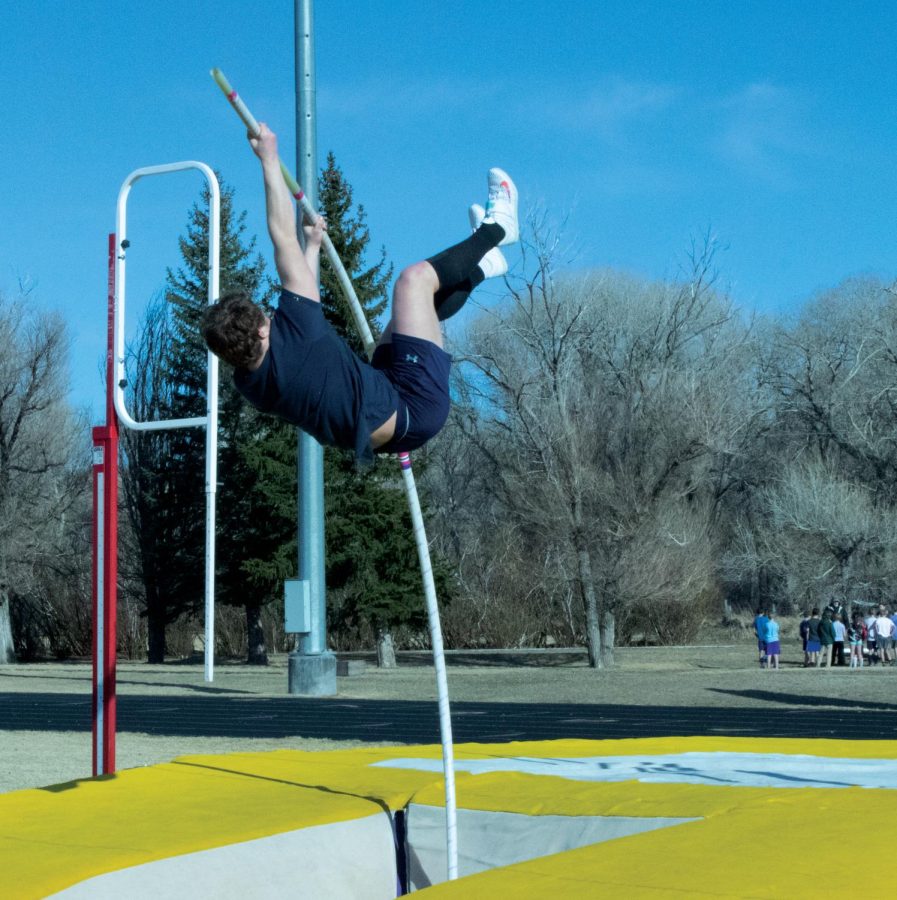 What started off as a joke for Senior Carter Bartz has become something that can very well take him places. Carter’s dad, Casey Bartz, got his son into pole vaulting freshman year. It didn’t take either of them long to realize if he put in the work, he could be great. The previous season, Carter vaulted a Class A-high 13 feet and six inches.

Carter’s biggest influence, of course, would be his dad and coach, Casey Bartz. “He was a pole vaulter in high school and suggested that I get into it in high school,” said Carter. He hopes to jump a 15’ bar this season, more than a foot higher than his best last season.

He also aspires to win the top ten meet in the middle of the season as well as the state meet. “As a team, I not only want to send as many boys and girls to state, but have a bunch of placers while we are there,” said Bartz. It’s apparent to everyone, including Carter, that he can be the best.

His competitiveness derives from his attitude that he can win every meet he goes to. “I don’t like to lose,” said Carter. “I don’t like the time and effort that I put in ever since freshman year to go down as any other place than first.” Whether it’s on the top of the podium, or high above the bar, make sure to look to the sky, for Pole Vaulter Carter Bartz.