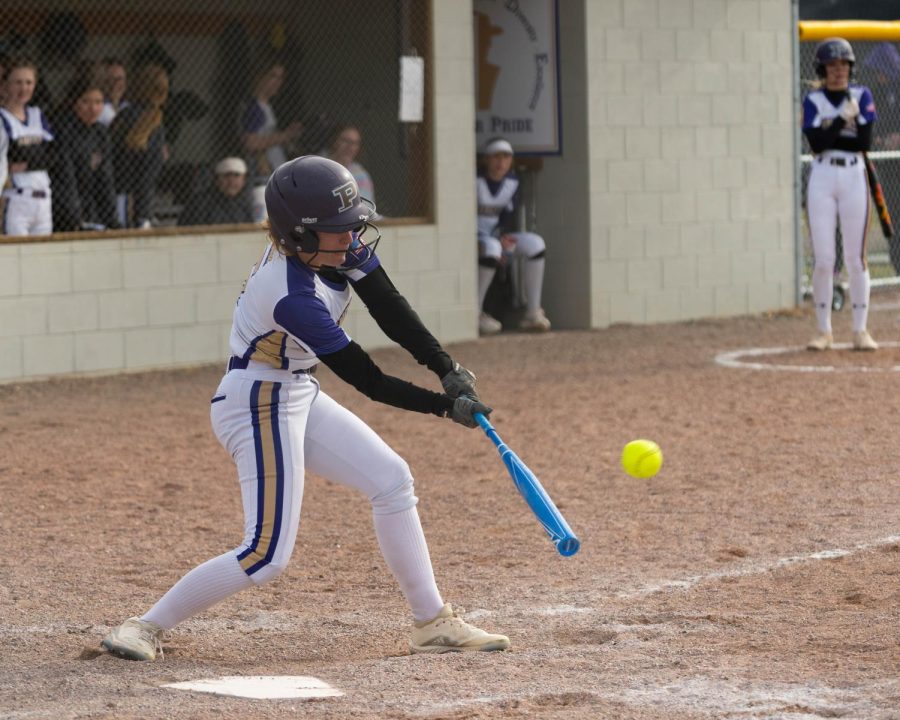 Sophomore Erika Haines swings at a low strike during her at bat against the Dillon Beavers on April 1.

The softball team at Park had a great season last year, ending with 15 wins, 10 losses, and one tie. They even made it to the championship in divisionals. Unfortunately, they lost to Laurel by just one point.
Coming into this season they only lost one senior; however, she was an influential part of the team. Skyler Higgs was a pitcher, center fielder, and third baseman. Her sister Sierra Higgs is a past player and has also been a coach for the team. However, this year she is attending nursing school and so she will only be there for the games and not the practices.
The team has three new and promising freshmen joining the team including Quinci Wood, Tess Goosey, and Kenna Benzel. This season holds potential for the team. It is expected that they will get far in the season, and they even have the talent to win divisionals.
Senior Marissa Taylor states, “I’d like to make it to the divisional championship, and maybe even win.” A lot of the players have also expressed that they look forward to playing Laurel this season.
The softball team began with open gyms back in mid-January. Some of the players such as Riley Tuccillo spent extra time this season perfecting their batting swings and other skills through one-on-ones with their coach Julie Higgs. In Riley’s case she has been preparing for this season since December, “I love Julie, she’s the best coach ever” Tuccillo states. The team had their first conference win against Lockwood on April 2.