Students prepare as AP tests are on the horizon 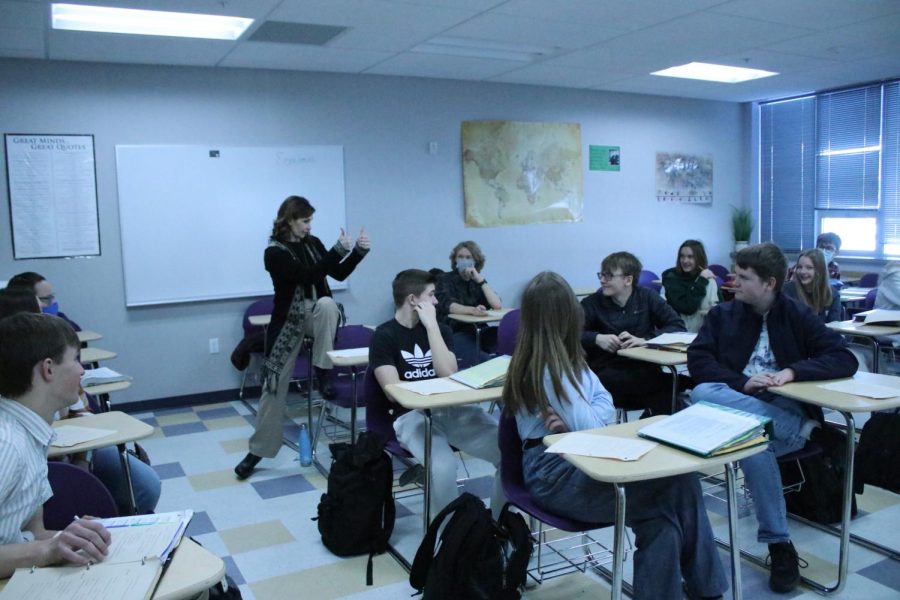 The AP classes offered at Park are some of the most rigorous and intense courses for students to take. There are five different AP classes at PHS, including Literature and Composition, Calculus, Biology, Statistics, and European History.
Some students will finish high school never having participated in a single AP class, while other students take everything Park has to offer and then some.
Matthew Marlow is part of the latter category. Currently a junior, he is on track to take every AP class that PHS has as well as additional courses online that are not normally offered.
Marlow states, “It’s more fun to take classes with students who have similar academic values.” The main benefit of AP classes is found primarily when a student plans to go to a four-year college after high school. AP classes not only contain the possibility for college credit, but they also look good on a high school transcript.
For this reason, many students will take an AP class with no intention of taking the AP test at the end of the year.
This year the AP tests are taken over the first two weeks of May. All the tests are in the span of a few days so for students taking multiple classes it can be a lot to prepare for.
Kara Allen, a senior taking two AP classes states, “I can’t cram for the test, that’s not how my brain works. I usually make flashcards.”
The AP courses are also generally smaller in class size than standard classes. Of course, there are some exceptions, but these options usually attract highly motivated students and as such pulls from a smaller pool. For example, the AP Biology class this year has only four students.
Biology is notorious for being one of the most difficult of the AP classes. “AP Bio is one of the most fun classes but also one of the hardest. AP Euro was also hard,” Marlow states. However, other classes in the AP realm also have a lower-than-average class size.
For some students this may be part of the draw as there is more one-on-one teacher time. Other students such as Aubrielle Grandpre are not enticed to take such courses for a multitude of reason, “I haven’t taken AP classes because the time and effort it would take to be in one of those classes isn’t worth it with everything else I have going on in my life,” the junior said.