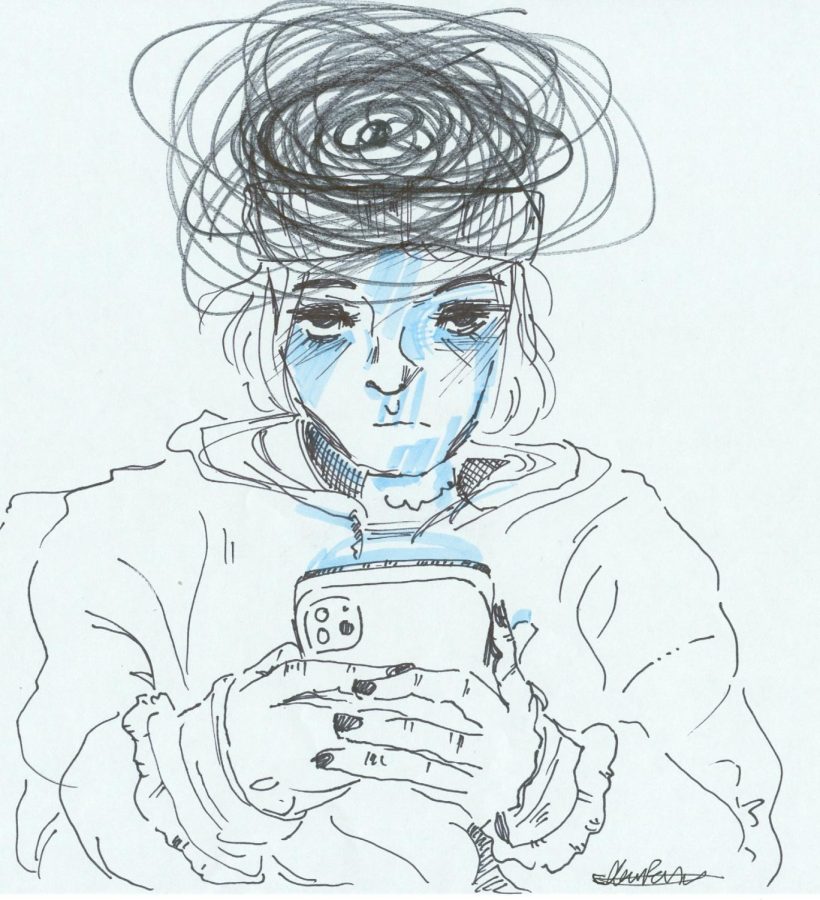 Let me tell you why… we’re all guilty of it, guilty of going against our own moral standards and judgements. Well, I think teenagers go against their beliefs on mental health. Their view on changing the stigma behind it. Time after time and generation after generation, problems arise and bubble, no worse or better. Teenagers presently, including myself, struggle a lot behind the scenes, whether it be at home, school, or elsewhere.
Mental health has become a huge topic of discussion but is somehow kept in hushed tones. We advocate for others but not for ourselves. We tell our friends to speak up, to get help, but avoid doing it personally. Teenagers will tell the whole world they need therapy before getting it themselves.
Growing up with social media and having technology to obsess over has greatly affected the way we, as teenagers, think and behave. According to ABC News, we spend about 7 hours a day on our phones; that’s 49 hours a week. Doesn’t that seem like a complete waste? Our entire lives have become enveloped in the world we see online, leading us down the never-ending rabbit hole of comparing ourselves to anyone and everyone. We take on an entire world of issues that we cannot begin to fathom. We spend hours of our precious time wasted on things like Instagram and TikTok, and although we excuse it as a sole source of laughter and distraction, we all know that that is not true. Post after post there are things like pretty girls and boys that you tell yourself are better than you, poems that expose your innermost thoughts, and influencers that claim to help. What should we be doing instead?
As teenagers, know we want to change for the better and start showing the world who we are and what we’re going to do. But first we must make a conscious effort to do so, to stop hating ourselves as well as and to each other. Our goal should be to learn how to treat others as we would like to be treated.