Football team back on varsity schedule 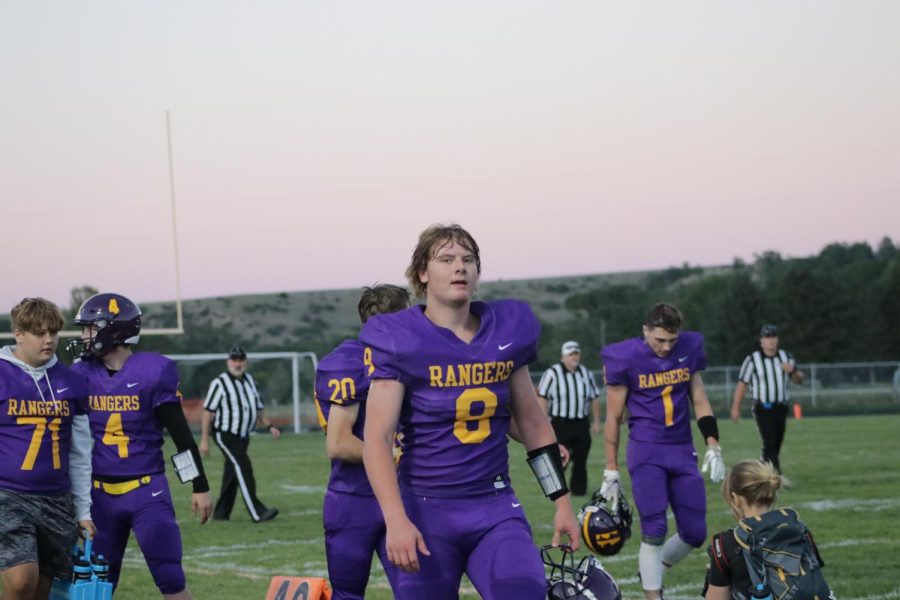 The football team leaves the field at halftime of the year's first home game, against Laurel.

The 2021 Park High Ranger football team is finally eligible for varsity play. Following a two-year hiatus, the Rangers are back on the field with 35 total players.  Being down seven players because of injury has been tougher now that the season is ending. Head coach Coate is looking for back up players.

Much of what was missed over the past two years, the Rangers are finally beginning to experience once again, namely game day. Sophomore Cole Bartz recently spoke about this. “On game day, the energy is high,” said Bartz.

Head coach Coate was interviewed. He said he wants to see the running game and blocking improved. He emphasized having a no quit attitude. The coaches and players agreed on the importance of having a high energy crowd on game night.

Hopes were high going in that the Rangers could get on winning side of games, but so far, they have not been able to get their first win. With losses to Laurel, Sidney, Lewistown, and Hardin, the Rangers could have admitted defeat. However, with the rebuilding Rangers this year, wins and losses are not as important as the process of improving.