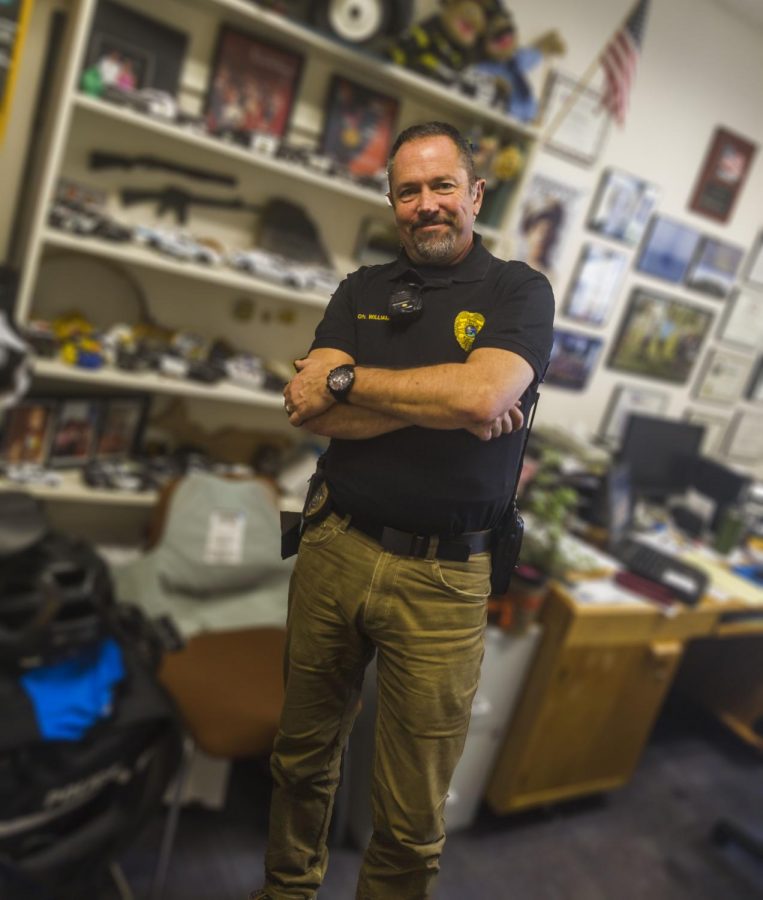 As Park High students and faculty excitedly race towards summer, we must wish Student Resource Officer, Tim Williams, a bittersweet goodbye as he ventures to the East Coast.

Officer Williams began his journey with the Livingston Police Department nearly 12 years ago after earning his degree in education. “I’ve always wanted to be a police officer, so once the two sort of came together, it just made sense,” said Williams. During all 12 of his years working for Livingston, he has dedicated his time to serving and protecting the Livingston School District, as well as providing a supportive and understanding environment to students.

Officer Williams had several primary goals in mind upon accepting the responsibility to serve as Park High’s SRO, several of which included building a strong relationship with the community as a whole, as well as proving to skeptics that police officers are here to serve the people with the ultimate intention to help others. Williams comments “ I just wanted to be here to keep the place safe, and build rapport with students, staff, and parents, as well as do my best to convince the world that the police are actually here to help people” It goes without saying that throughout Officer Williams decade long career at Park High, he has accomplished just that and much more. Williams goes on to discuss the many accomplishments he has had the honor of witnessing with specific students throughout his time at Park. “I,ve had many success stories with individual kids…that maybe struggled in a variety of ways that went on to do great things afterward, and I was able to feel like I had a direct impact on them,” Williams said. Officer Williams finishes off by stating that above all, he will miss the kids. “No doubt about it. Kids are way more mature and more fun to deal with than the adult cases we have to chase around.”

Although Officer Williams will be departing the Livingston community in just a few months, there won’t be a dull moment in his life following his retirement from the Livingston Police Department. “I’ve got more hobbies than I have time for,” says Williams. Officer Williams will venture to the East Coast and renovate his newly purchased house in Upstate New York. Williams comments “It was remodeled nearly 40 years ago, but it was built in 1745…so we are going to upgrade” After pursuing renovations on his classic new home in New York, Williams plans to build a house near Hilton Head, North Carolina where he will spend the harsh winter months. “I will avoid snow at all costs…I don’t want to shovel another flake of snow, ” Williams jokes.

As Officer Williams enters into a new and exciting era of his life, students, teachers, and community members will remember his time in Livingston providing not only security and a sense of dependability but also as someone who was always up for a good laugh when it was needed the most. It’s safe to say that Officer Tim Williams has served his hard time, and it is now time for him to enjoy his freedom and wonderful retirement.