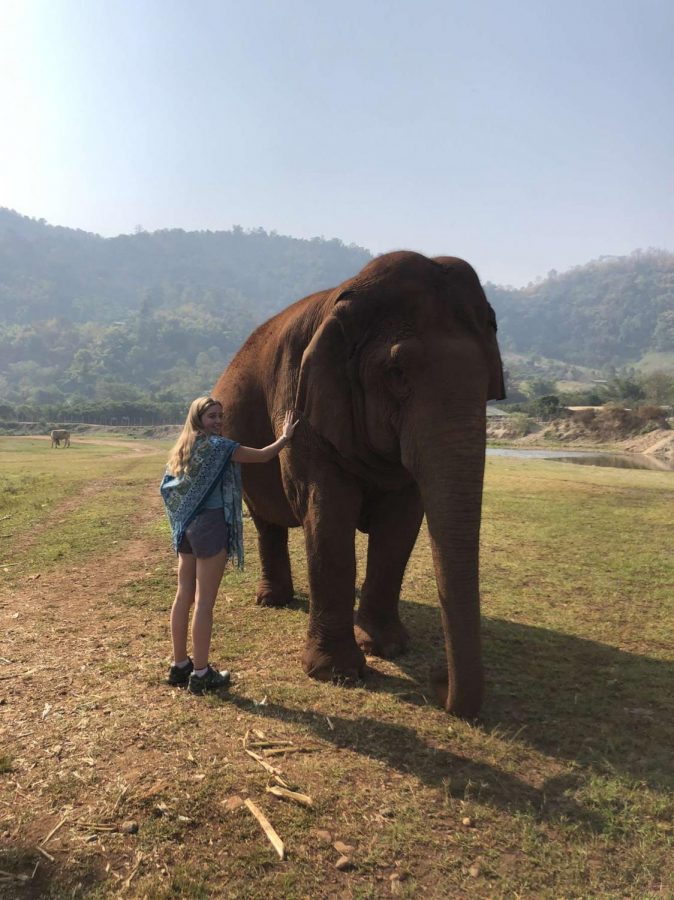 Ciara Madden spent four days volunteering and learning about the effects the tourism and logging industries have on elephants at an elephant rescue.

Three Park High seniors have graduated early to immerse themselves in the real world before attending college in the fall.

Park High senior Ciara Madden is spending the semester traveling through southeast Asia in Laos, Cambodia, Vietnam, and Thailand. She knew she wanted to graduate early because she wanted to travel before college, and both of her older siblings had also graduated early from Park High School.

“I am doing a program with a bunch of other students where we do self reflection, volunteer work, and tourism,” Madden said. Madden hopes to experience self growth and gain a worldly perspective from her time in southeast Asia.

Leslie Gregory, Park High senior, also graduated at the end of last semester. “I had taken all but one class that I needed to graduate by the end of the year, and I felt like I would be able to have a more valuable experience abroad than I would staying in Livingston for another semester,” said Gregory.

Currently, Gregory is in Dublin, Ireland doing a fashion internship. She knew she wanted to intern with a designer because for the past year she had been buying clothing from the thrift store, taking them apart, and remaking them into wearable pieces. Gregory will be interning in Dublin, Ireland for three months, then she will be returning to Montana and working during the summer before going to college in the fall.

Vance decided to graduate early because she had taken all of the required classes necessary to graduate. “I would rather immerse myself and get a head start on life than take unnecessary classes,” Vance said. She also wants to “make some extra money and have foreign experiences” before college begins.