Sequel to popular Netflix romance is love triangle all over again, but less captivating 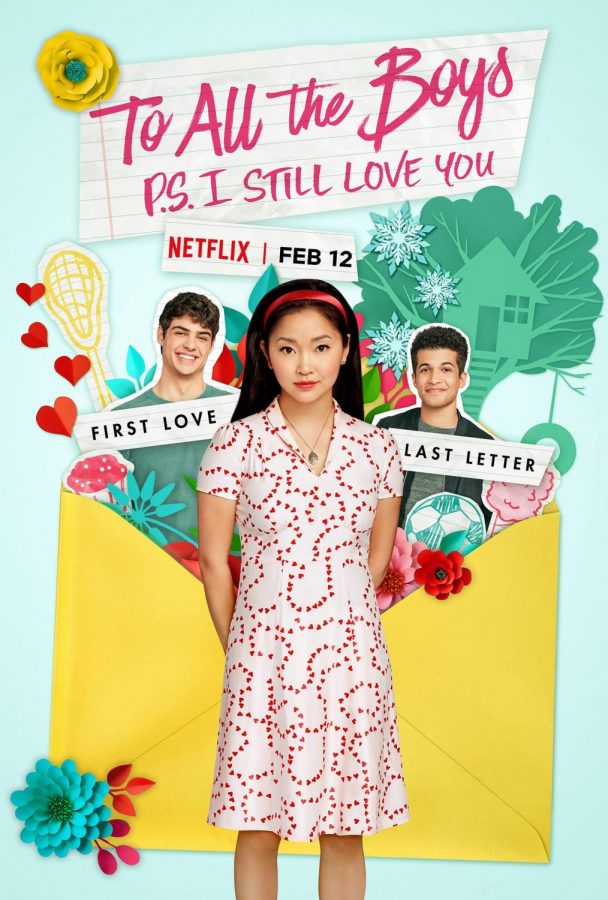 Last year “To All the Boys I’ve Loved Before” came out on Netflix and let me tell ya, it was a hit. That movie was talked about for weeks, maybe even months afterwards by tons of people. With that being said, the question soon came about the second movie, will there be a follow up?
Sure enough Netflix released “To all the boys I’ve loved before, p.s. I still love you” on February 12, just in time for Valentine’s Day. The plots to both of the movies are similar, there is a shy girl that has multiple crushes and most of them find out about it in a particular way. She ends up with one that has a messy history with an ex girlfriend, so of course there is a bit of drama in both.

Both of these movies were based on a series of books by Jenny Han. There are three different books, so that is most likely why they have created sequels for us.

The second movie started out great; the couple ended up together and there was a lot of love and romance but then came the problem of another boy and his love. It simulated a high school relationship of the girl not knowing what her feelings are and the guy’s upset over how she feels. The love between the main characters felt forced and there was little time to develop the relationship before the complication came in. The movie was good but it almost felt rushed by trying to get all the love and forgiveness in before the movie ended.

There were some very cute, thoughtful scenes that can make you go “awww,” such as the love between the young couple, but in the sequel, I didn’t feel quite as invested in the love triangle. The first one was much more captivating.

Lara Jean, a main character, has some of the cutest outfits I have ever seen. She isn’t flashy and showy, she is cute and fashionable and if you are looking for some fashion advice, I’d check the movies out just for that.

If you are looking for a cute Valentine’s Day movie, this could be one to watch with your friends, but for a tear jerker, I’d tell you to find a new one. This movie was almost too childish, the main character couldn’t find the way and it captured what some highschoolers feel when in relationships but it didn’t have the maturity level I was looking forward to.