Valentine’s Day Massacre: All your gifts are a lie 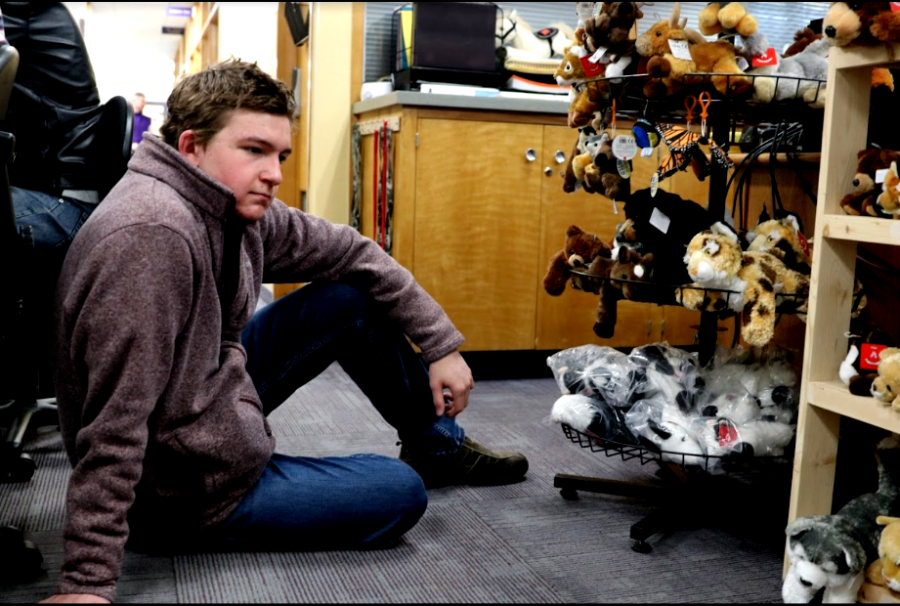 Tom Sargis contemplates the commercialization of love as he stares down the Val-O-Grams in the attendance office.

Love and Valentine’s Day are a match akin to my foot and a bear trap (or if you’re a reader of more refined sensibilities, water and oil) – Valentine’s Day is an apt metaphor for the state of ‘lovin’ in the modern world, and as such, only contributes to the great irony of livin’.
Valentine’s Day is really, when boiled down, the modern American colosseum – Artificial roses are greatswords drawn in the name of ‘tingles’ and he who spendeth much, gaineth none. Supplication does not lead to respect; however, the largest box of cocoa product will keep the wolves at bay – if only for today.
Commercializing what is already, more-or-less, a fairy tale is low. It’s so very low; then again, I suppose I shouldn’t expect anything less of Hallmark Greeting Cards, inc. – All that deforestation might as well go to good use: the typical, and curiously pitiable Valentine’s card wherein the man (or rather, future divorce statistic) humorously (obsequiously) apologizes for all his classic male foibles and faults (for instance, leaving the seat up or bearing the same apparatus as Adam).
Folks, the ‘westernized’ world is gone – I’m keenly aware that due to the age in which I’m writing this and the age through which I’m writing this, that it’s an “in one ear, out the other” sort of affair.
Just know this: I will be vindicated.
On account of the tremendous and absolute reach that the newly inaugurated ‘Tinder’ protocol that has irreparably blighted the collective soul of ‘romance’ and ‘love’, we’re left with few options.
The irony of this elephantine self-immolation is that while one can easily buy a boat, and row down the river some, you will ultimately still see smoke signals above the treetops. The onus lies in our individual wheelhouses – I’m not so insular as to suggest that everyone who has had the ever-resplendent privilege of being a card-carrying member of our titanic re-enactors club is part and parcel of our collective undoing. No, it is most certainly not the case that “not everyone is like that”, is needing to be uttered in my general direction – I get that generalizations aren’t always helpful. However, like in any situation where this adage comes into the fold, ‘practicing what you preach’ is far more difficult than simply paying the local soap manufacturer’s dues (soapboxes).
Valentine’s Day is the greatest magic trick that has ever been pulled; Advertisers convincing millions each year to double down on a collective fairy tale (that doesn’t even function as per theme park regulations any longer) whilst simultaneously convincing everyone who was gullible enough to fall for the first trick that the most quintessential demonstration of one’s care is through cardboard and dry roses.
I’m not trying to harsh the mellow of any love-birds out there; I think you madcaps and desperados that’ve been so lucky as to find something in this trying time deserve nothing less than my respect. I’m rooting for you two.
While the consortium of the companionship business burns away the flora and fauna of this year, the air will still be relatively clean – for this, I see reason to be thankful.
The most palatable ‘truth’ when it comes to valetining is that, ultimately, gauntlets aren’t always killers. Custer had a last stand; Each year the pair-bonded get to share an experience some only get to have once in their life(and usually die for).
In writing this, I seek no sympathy; rectitude is of utmost importance.
Valentine’s day really does create miracles; the greatest miracle of them all is seeing couples survive it.

Want to hear more of Tom’s musings on love and other lies? Go to www.parkhighgeyser.org to listen to “The Hour,” a new podcast from Tom Sargis.