What you need to know about the 6.5 Creedmoor

The 6.5 Creedmoor is the most versatile caliber. It should be used to hunt elk, deer and other large game, but it can also be used for smaller game. The 6.5 is a very widely used caliber; expert hunters to beginner hunters use, and depend on, the 6.5 Creedmoor. The Creedmoor is a bigger caliber, so it has more speed than a 300 Winchester Magnum, but less stopping power. It can take down an elk with a well-placed shot, showing that it can be very deadly.

It has a perfect balance of external and terminal ballistics, while not having too much kick back. It can reach 1,000 yards in 1.5 seconds, and it hits a 1,000-yard target with four percent more energy. It was created in 2007 but wasn’t widely used until 2014 when the movie American Sniper came out.

I interviewed Dave who works at the gun counter at Murdoch’s. He had a lot to say, and his personal preference is the 300 Winchester Magnum. But he did say that the “6.5 is effective in the hands of a good shooter,”  and added ”It has a longer range than most other cartridges”. We did get off topic and went on about other guns, and cartridges, but I learned a lot by talking to him. So if you have any questions about guns or cartridges, he would be a good resource. 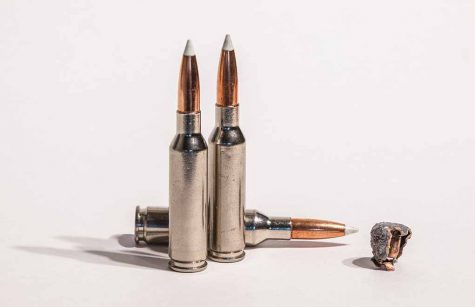