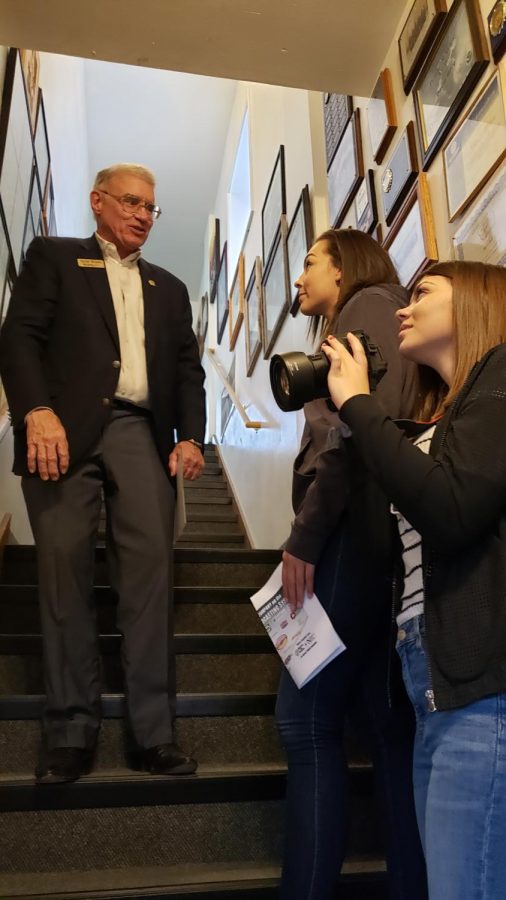 Four Park High Multimedia Journalism students learned about a multitude of careers they could pursue with a journalism degree last Thursday, September 26.    University of Montana hosted the  first ever Journalism Media Day in Billings, inviting high school students from across the region.

After hearing from all of the journalism school professors about their programs, students broke into small groups to focus on various aspects of journalism.  In the afternoon,

“It was hard to get questions, because you were put on the spot,” said Desiree Swanson.

“I learned quite a lot that I didn’t know,” said senior Daniel Nelson, including how to interview someone for a podcast.

“My favorite part was going to the radio station and practicing podcasting on the air,” said senior Leinee Smith.

Swanson said that, as a result of the career day experience, she is interested in trying a podcast at Park High this year.  “It’s going to be a lot easier for me to talk to and interview people,” Nelson said, explaining that he now has a better understanding of what he’ll being doing in his Multimedia Journalism class this year.