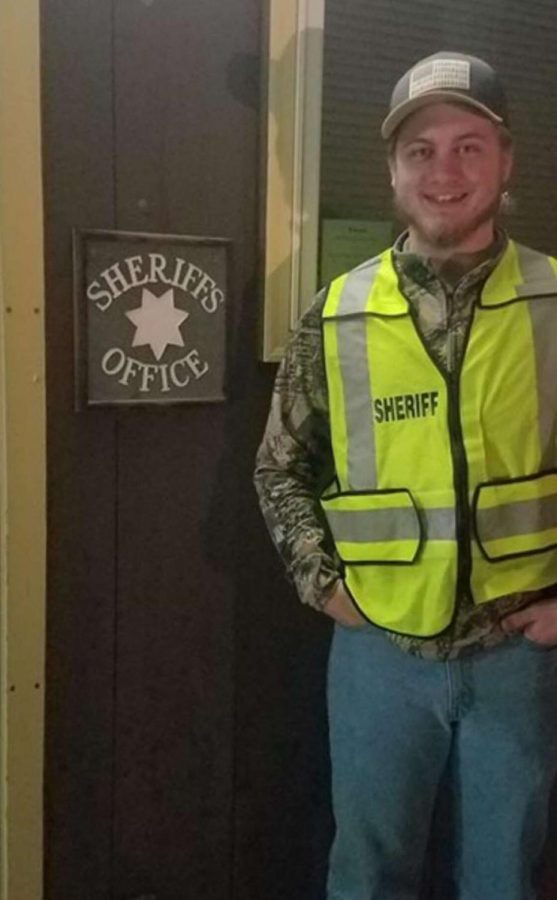 Logan Brownlee has been preparing to become a law enforcement officer.

Park High senior Logan Brownlee has been interning with the sheriff’s department and hopes to land a job in the near future. Brownlee has already learned how to do many tasks including civil work and filing, booking people for jail and identifying them, and using the computers mainly with traffic violations. He also has been going with his brother, a patrol deputy, on ride-alongs since January every weekend and witnessed DUI arrests and domestic issues. Brownlee has been getting pretty comfortable with everything asked upon him.

Although Brownlee has done a lot already, there will be more in store for him including preparation for his upcoming test, Montana State Law Enforcement Consortium Test, on June 18. This test has multiple components from math and writing, where he must score above a 70 percent. In addition, he also must complete an incident report and a physical portion to pass. If the test goes as expected, then Brownlee’s name will be put into a state pool for departments across the state to look over to potentially hire Brownlee.

What’s in store after the series of tests this June? Brownlee said that he needs to stay in shape physically and keep his head up because it’s not guaranteed that he will get a job. “As long as I continue to be an active learner and do what I’m told then, hopefully, everything will work out” says Brownlee. Brownlee wants to enter this line of work because he enjoys helping people and responding to their needs.