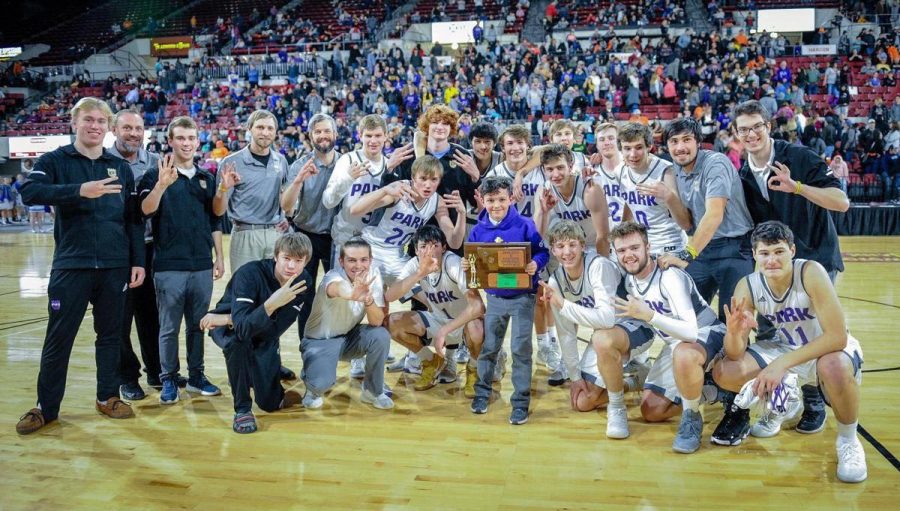 This win put the Rangers in the semi finals for the tournament against the Hardin Bulldogs, the defending state champs. The Rangers focused on taking the Bulldogs out of their game. They slowed the game down and pulled the ball out to combat Hardin’s run and gun style of offense. At one point, they pulled the ball out and just stood out by the half court line and waited. The arena, which was packed with Hardin fans, was then filled with booing from the crowd that was almost deafening.

“Honestly, it was just funny for me. It was kind of cool to know that we were in not only the player’s heads, but their fan’s heads too,” senior guard John Waddell said.

“It was already loud in the arena, and then it just got louder. I felt nervous and almost like a bad person for holding the ball. I didn’t know what to do. After about a minute they started pressuring us and we went back to our normal game of moving the ball and attacking,” senior guard Morgan Rosberg said.

The boys would end up losing to the Bulldogs 53 – 41. Famous Lefthand for the Bulldogs messed around and dropped a cool 27 points. Meanwhile, Danner Purkett hit a couple three’s and scored 16 points. The Bulldogs would go on to lose the championship game to the Billings Central Rams, taking second in the tournament.

After losing to the Bulldogs, the Rangers had to play the Sidney Eagles in the consolation semi finals. The boys jumped out to a quick start grabbing a 13 – 5 lead at the end of the first quarter. It was basically easy sailing from there, as the Rangers went on to snipe down the Eagles 62 – 35. Brendon Johnson balled up and scored 19 while the senior guard John Waddell went and got his own with 17 points. Winning this game secured a place at state for the Rangers, their first state seed since 2012, back when the Big Red Machine Marcus Payne was still ballin’.

The boys then took on the Locomotives again for the consolation final to determine who would get the third and fourth place seeds. The difference this time around is that this game wasn’t even close. It would start slow with Laurel having an 8 – 6 lead at the end of the first quarter, but then the Ranger would explode for 24 points in the second quarter.

The Rangers would end up derailing the Locomotives yet again in a 56 – 36 win. Brendon Johnson couldn’t put out the fire on his right hand and scored 23 points. The win secured the third place seed that would bring home the hardware.